A downloadable game for Windows

Blood Moon: Genesis is an action, boss battle game where the player takes control of the Solar and Lunar foxes that bonded together as one physical body named Aiko and was sent to the underworld by the divine. Their task is to seal the “Drunken Demon” that has escaped due to the effects of the Blood Moon which makes him progressively stronger.  Use the power of the Sun and Moon to defeat the Drunken Demon and prevent his escape to the over world.

Both of the spirits are different thus they have different health bars. While a mode is not in used it will enter a "resting phase" and regenerate health overtime.

Every battle against him will be different as he will use many different attacks and even mix ups to throw you off guard.

Don't underestimate this Drunken Demon, as he has to ability to conjure Onis from his own blood to overwhelm you. 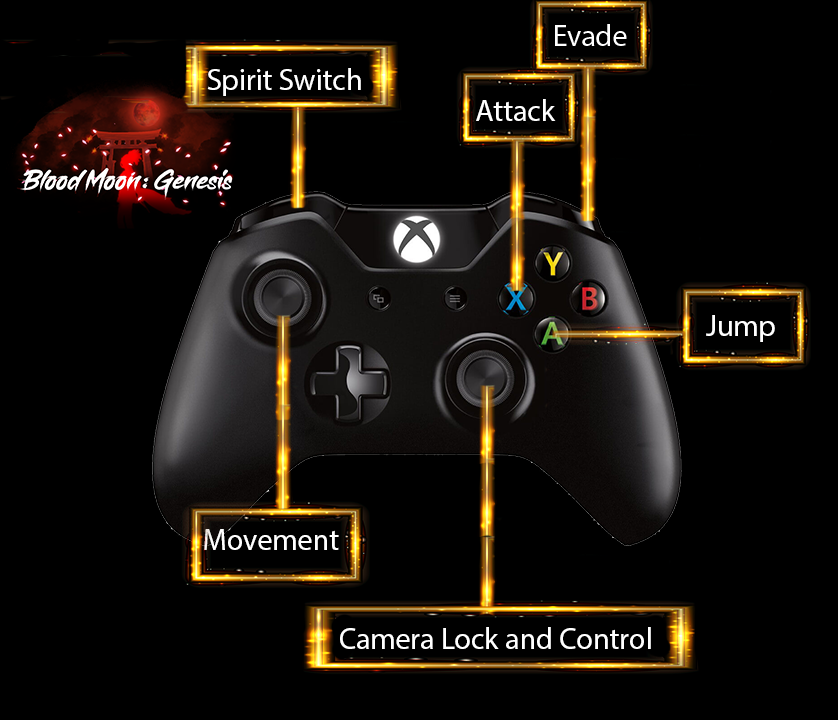 Blood Moon : Genesis is made by 7 passionate students in 7 months from UOW Game Development (Glenmarie) under the team name "Project : G" which consists of :

-Fix a Bug Which Caused Water To Appear Bright

-Fix a Bug That Caused Switch UI Not Light Up

1. Download Both PART1 and PART2 Zip file or BloodMoonGenesis(V1.03).rar via Google Drive link

2. Extract Both Zip Files Together

I'm unable to unzip either the Final Build or 2-parts zip file. It says:

The archive is either in unknown format or damaged

Have you tried downloading from the google drive instead? Download the V1.03 file as it is the latest version and it works fine.

I already tried all options actually, but none of them worked. I used both WinRAR and 7-zip, and both of them complained the files cannot be opened.

sir, what are this problem, I can't run it

Hello, try downloading the "Blood Moon: Genesis Backup Build" above and see how it goes. Also, if you don't mind may you let us know your PC specs?. Thank you.

Yea it should be able to work.

Can i run this game on 4gb ram pc?

Hi, you should be able to .If it does not work try setting it to 30 FPS and also try lowering the resolution scale in game. Let us know how it goes.

the game was great! combat is decent plus i like the idea of having two modes to freely change to. although there was a bug where the boss would freeze when his health hit about 30% or so but overall the game is fun to play! Kudos to the devs.

Thank you for your feedback! :D

Anyway, good job devs, the game was amazing! Even though it feels short and lacking, I still had a blast playing. Cheers!

Thanks for playing the game Mierul. We are glad to hear that you enjoyed the game.

Sometimes the boss tend to get glitched inside...